The California Fight League returns to the SBC Fair with The Rock’n Roll Festival that will feature 16 bouts. Six local fighters are scheduled to compete on the fight card. Apple Valley and Victor Valley College graduate Rich Mapstead will be defending his CFL lightweight (155) title against Ever Hernadez from San Bernardino. Mapstead will be representing  Marcelo Mafra Brazilian Jiu Jitsu in Apple Valley.
Victor Valley High School graduate Eddie Lopez, will be fighting for the featherweight (145) title against undefeated Kenny Klein from Riverside. In 2011, Lopez was Daily Press All-Area Wrestler for the 125 division his senior year.
Two local fighters, Kristy Hernandez (Cobra Kai in Victorville) vs Michelle Winkhart (White Tiger Martial Arts in Hesperia and Cage Combat Academy in Victorville) will be squaring off against each other.
Also on the fight card: Ramona Esparza (Marcelo Mafra Brazilian Jiu Jitsu in Hesperia and American Juijitsu in Hesperia), Andrew Marass (Cobra Kai) and Dimitri Salem (Cobra Kai).
This is the 15th CFL event held, and the 13th to be held in the High Desert.  The fight card is scheduled to start at 6 p.m., with doors opening at 4 p.m.Doors for the concert open at 10 a.m. with music acts starting at 11 p.m. till 6 p.m. The lineup for the music festival include: Ignite, Plaque Vendor, Guttermouth, The Walking Toxins, The Line, and Blind Jury.

For information on the event and how to purchase tickets visit www.californiafightleague.com. 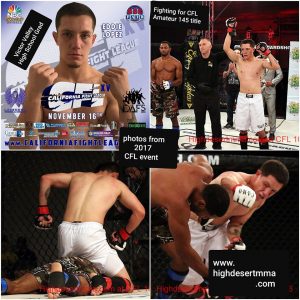 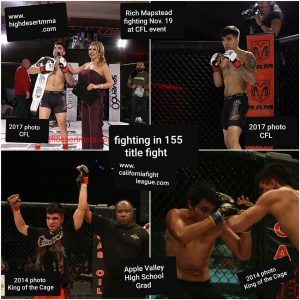 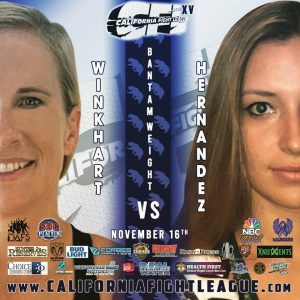 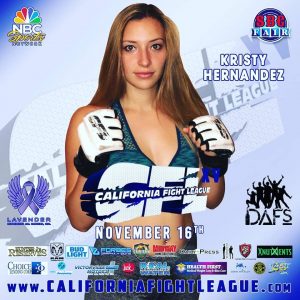 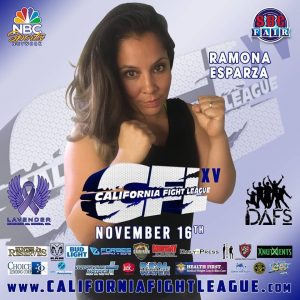 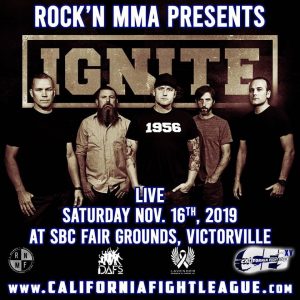 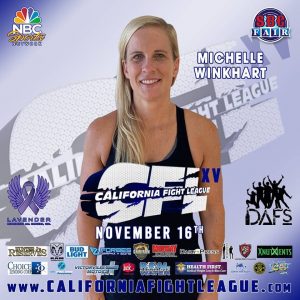 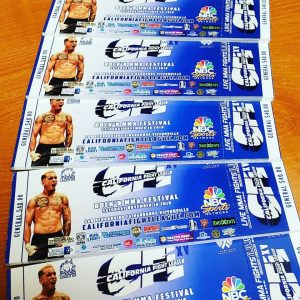